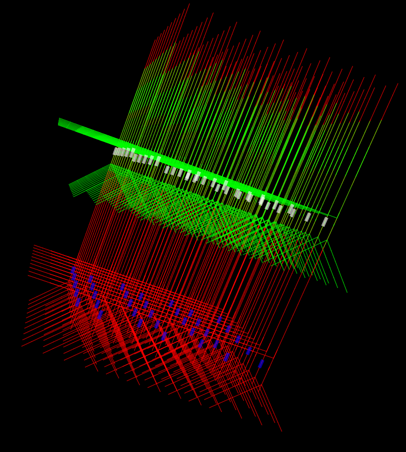 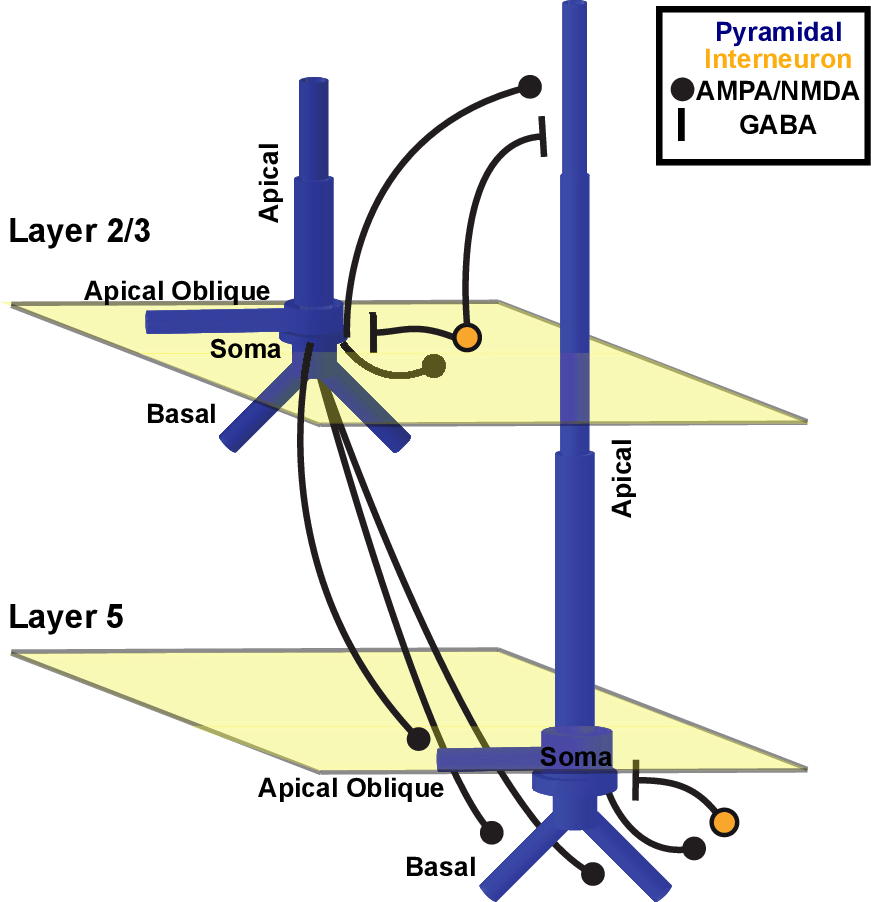 Note that in the default model, within a layer, there is all-to-all connectivity between pyramidal neurons. The synaptic weights between neurons are scaled inversely by the distance in the XY plane (arbitrary units) between the neurons (d) using exponential fall-off following , and space constant . The synaptic delays are scaled in proportion to the XY plane distance (d) between the neurons following , to account for the larger propagation. This scaling is illustrated in the figure below, with of 3. The figure below represents one neuron located at the center (x=0, y=0), with other neurons positioned relative to that neuron (neuron positions indicated with black dots). As shown, with increasing distance from the center, the synaptic weights decay, while the synaptic delays increase.

In future versions of HNN, we will allow adjustments to the local circuit architecture and connection profiles. For more details of the default model see Jones et al., 20091.